Head of cattle that live in conditions without TE cooling systems have a behavioral and physiological response to the heat, resulting in disorders in behavior, physiological needs, performance and characteristics of the head.

This further implies that by cooling cows with the water mist system, the production of milk increases if the system is set up in the right way.
Generally speaking, the combination of nozzles and fans has proved to be the best choice in many studies, because this combination makes it easy to point the water mist directly to the livestock that we want to cool down, which reduces water dissipation and maximizes the effectiveness of the misting system.

Research has shown that when temperatures rise above 26°C, milking cows begin to reduce food intake into the body and start to lose weight. Milk production drops which affects health, reproductive abilities and lactose production. Heat stress will continue to affect performance even in the colder months that come. All this very quickly starts to affect your earnings.

The degree of heat stress impact on cows will depend on the combination of ecological conditions - air temperature, relative humidity, air circulation and exposure to sun rays. Breeders use various ways to prevent this from happening, they make shades, install fans and more frequently pour fresh water to help the animals beat heat. But very often this simply is not enough.
We are witnesses of more frequent and major climate changes, and the only thing we can do is try to control them in some way, at least in our stables.

Research has shown that occasional "spraying" with water vapor / mist in closed areas (spaces with any protection against direct sun impact on cattle) while creating air circulation with a fan is a very efficient method of cooling milking cows, which reduces production losses caused by warm and humid air.

By using high water pressure on the nozzles, enough water is provided to cool the cattle. After that, water evaporates, thereby extracting excess heat from the air and the animal, similar to the sweating process. Increased air circulation with fans makes the system even more efficient! 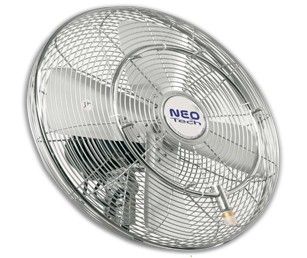 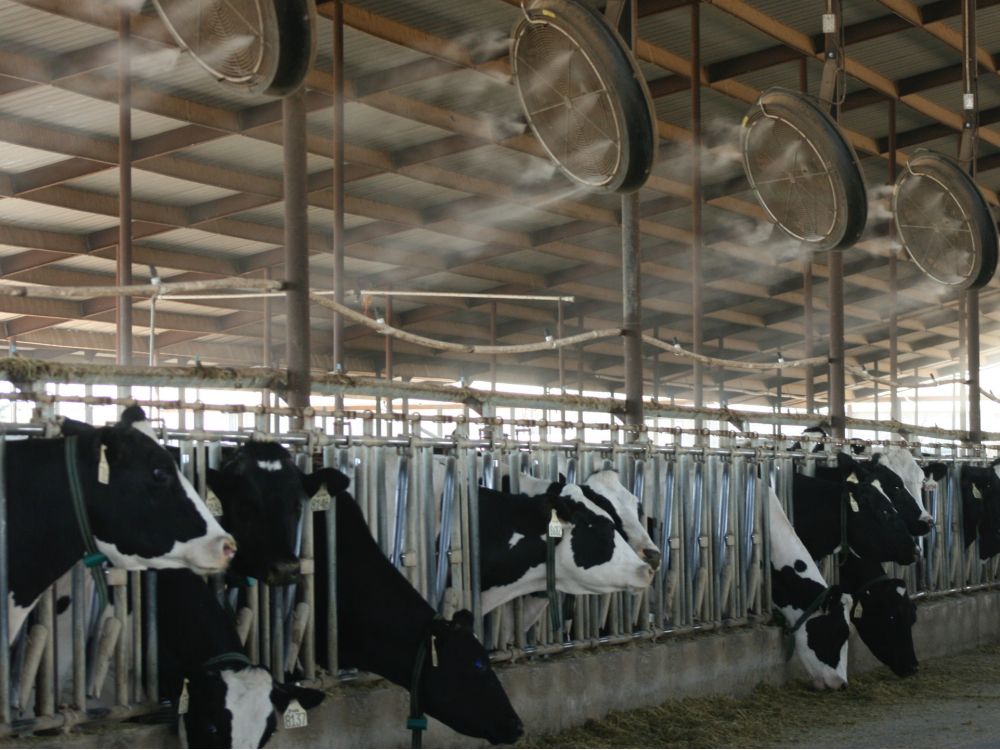 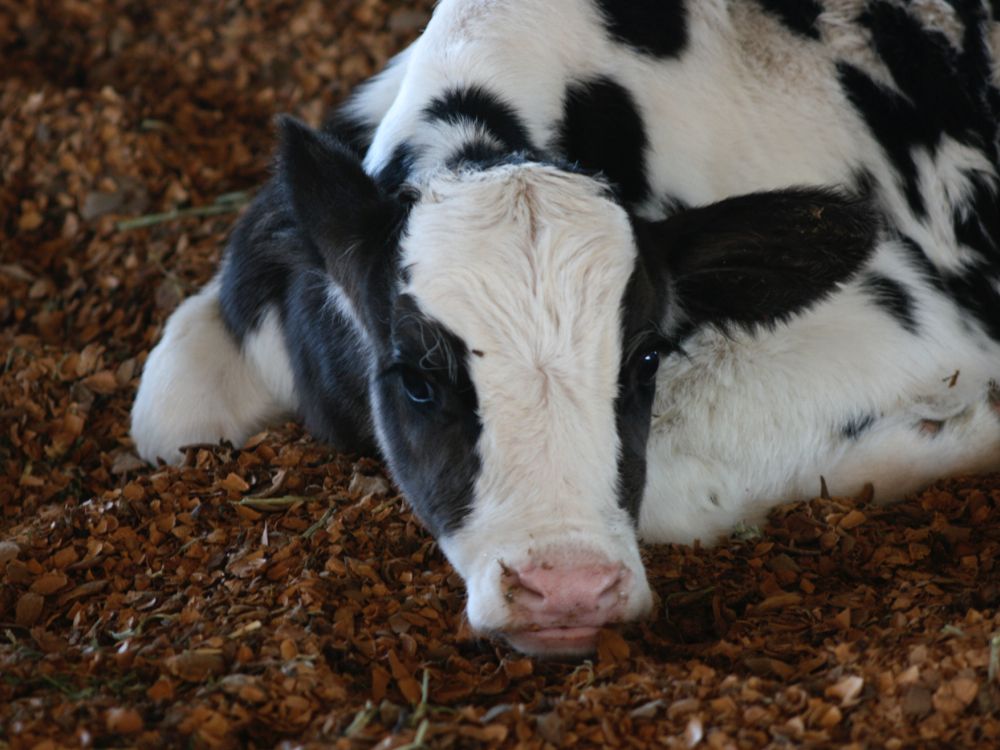 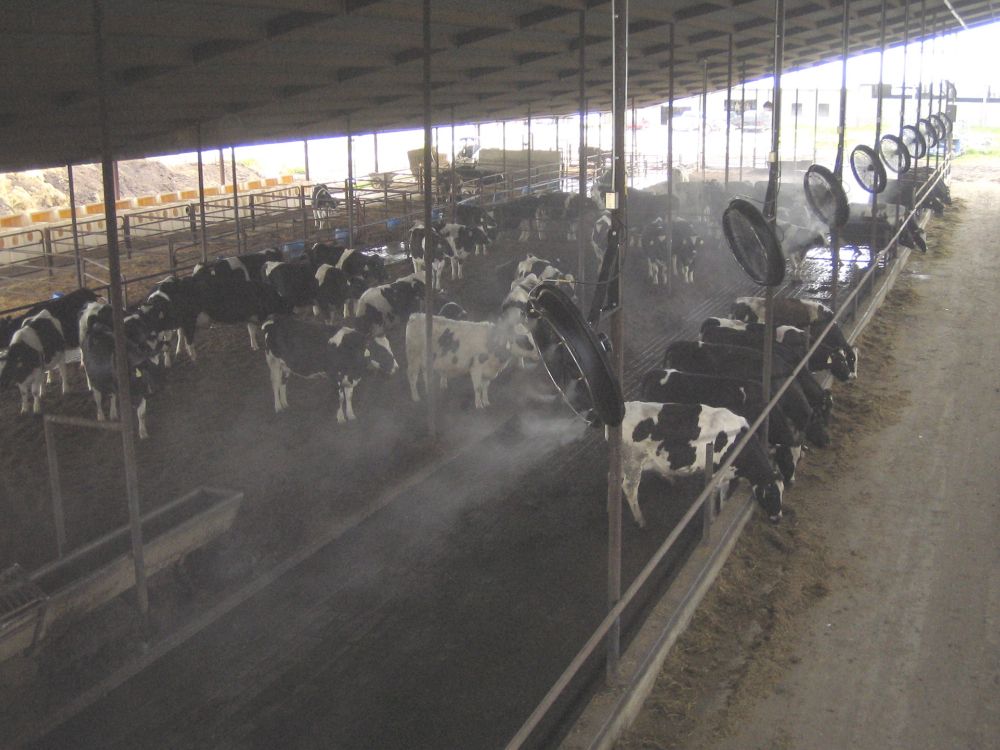 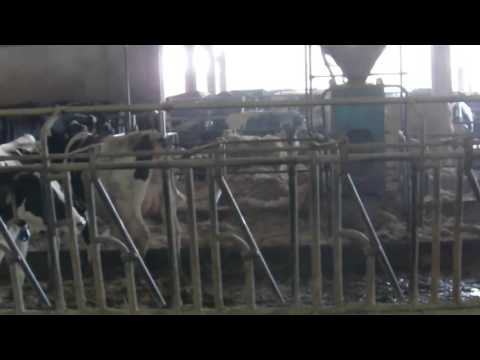